Kenyan week at the UNESCO: how Kenya is trying to preserve its unique culture 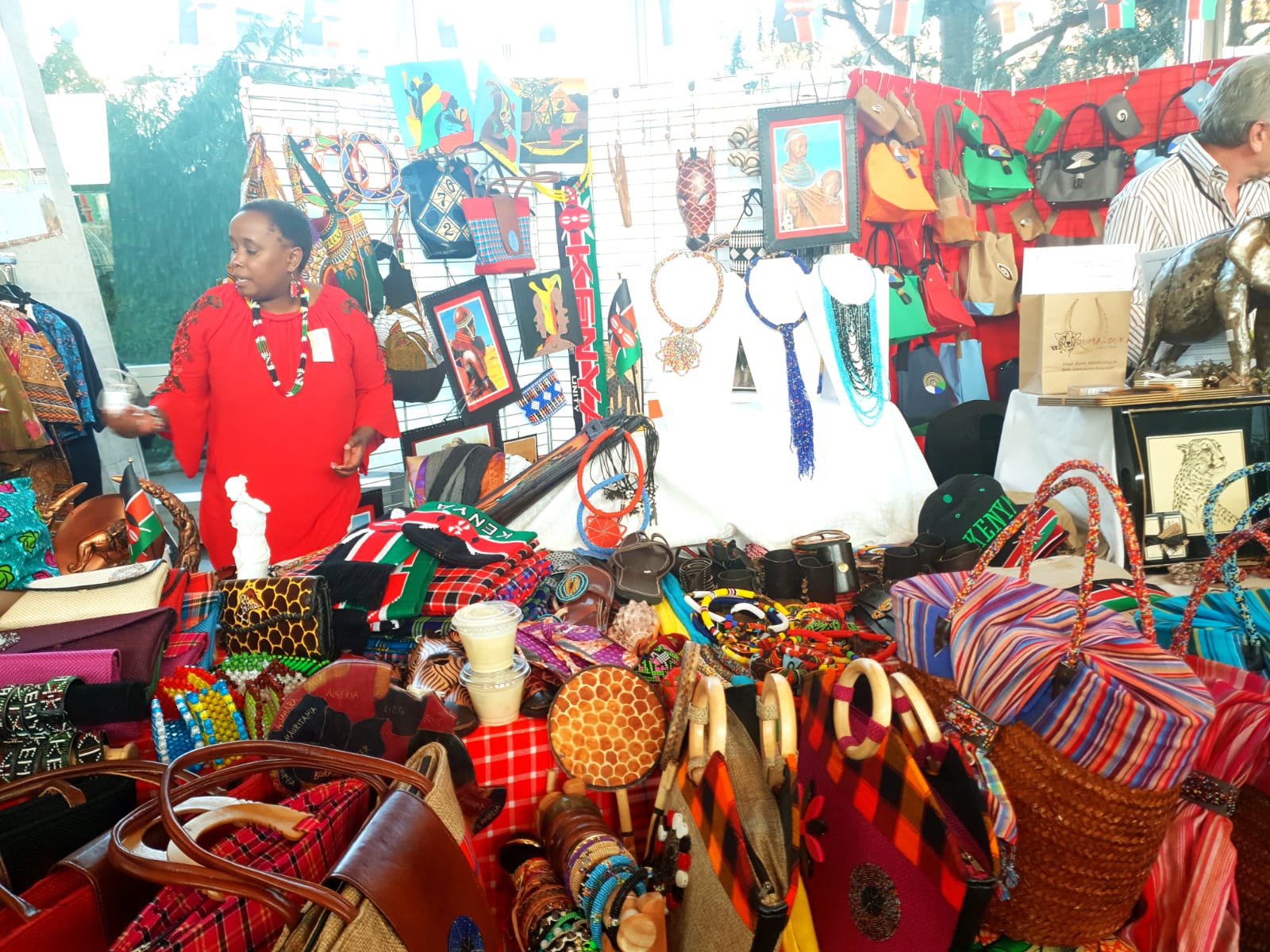 Every two years, UNESCO honors Kenya with a week dedicated to all this country cultures. Arts, tourisme, conferences, meetings. On this occasion, we met Evangeline Njoka, Secretary General of the Kenya National Commission atUnesco ; and her colleague David Gerishom Otiato, Deputy Secretary General Corporate Support and Services.They talked about the work they do at the commission to preserve this unique identity.

What is the aim of this commission ?

DGO: The national commission make the link between the governement we belong to and UNESCO. We have five areas of intervention : education, nature, women, culture, communication& information.

What Kenya does locally to promote history  of the country ?

DGO: We have a national cultural celebration. Before we came here, we invited all african countries, with their insitutions from the private sector, NGO and schools to attend universities about history. Among a lot of things we do, we are also working with UNESCO through is to have local clubs. Inside them, we try to bring these different communities together. At the end of the year, we’ll have a evaluation. We have also stated associations of schools, for the networking. Culture is also about preservation of lands. We have forests and thinking about how we could preserve them.

What do you do to promote Kenyan culture trough Africa ?

DGO: We have done things. We have those countries who speak english and those one who speaks french and it may not be easy for a country like Kenya to influence other countries only with its culture. The only thing we can do is that each country valorise all its culture. Each one has to preserve it and use them to spread it over Africa, without anyone adopt other. We have stated, with the East african commission sitting at the UNESCO to come together, to speak with one and only voice. 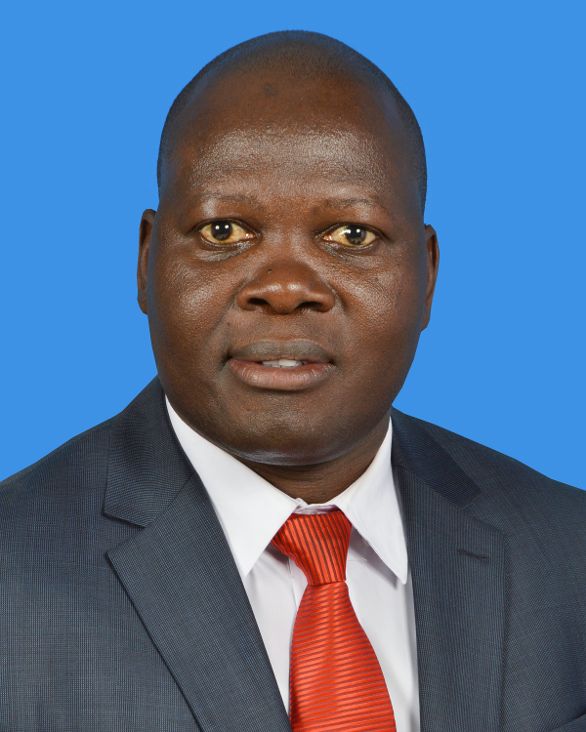 EN: We have some of our young people who don’t identify with their culture and i think is a kind of the complex. We are tempted to speak more about western education, forgetting about our traditional education. This is at this moment that we are comming as an institution to say « hey ! caution, we are about to forget our culture, we need to talk about it, we need to stay connected to our values».

Most of people only see Kenya as Masai’s country. Does this colonial image works against you position  in the world?

DGO: That’s true that many people believe that all kenyans are Masai. All of us are not, actually, Kenya as 42 tribes and those 42 tribes have their own culture. But, Kenya is also Masai’s land from the origin of earth and with the commission, we are trying to preserve it. That’s a unique culture. Anyway, we will not change, and this is good for us to save it.

How do you combine tradition and women rigths ?

EN: It’s true some of our traditions discriminate women. In the tribe where i come from, women basically were not going to school. They didn’t value the education for women. My mom use to tell me that when she was a girl, she had to stay at home to take care of sheeps while her brothers were going to school. But it is gradually changing. The governement is invested in gendre equality cause. The new consitution states it and we have an whole commission  who woks to push equality for women. Nowadays, we see more and more women, from those communities coming up, educate themselve, taking positions. 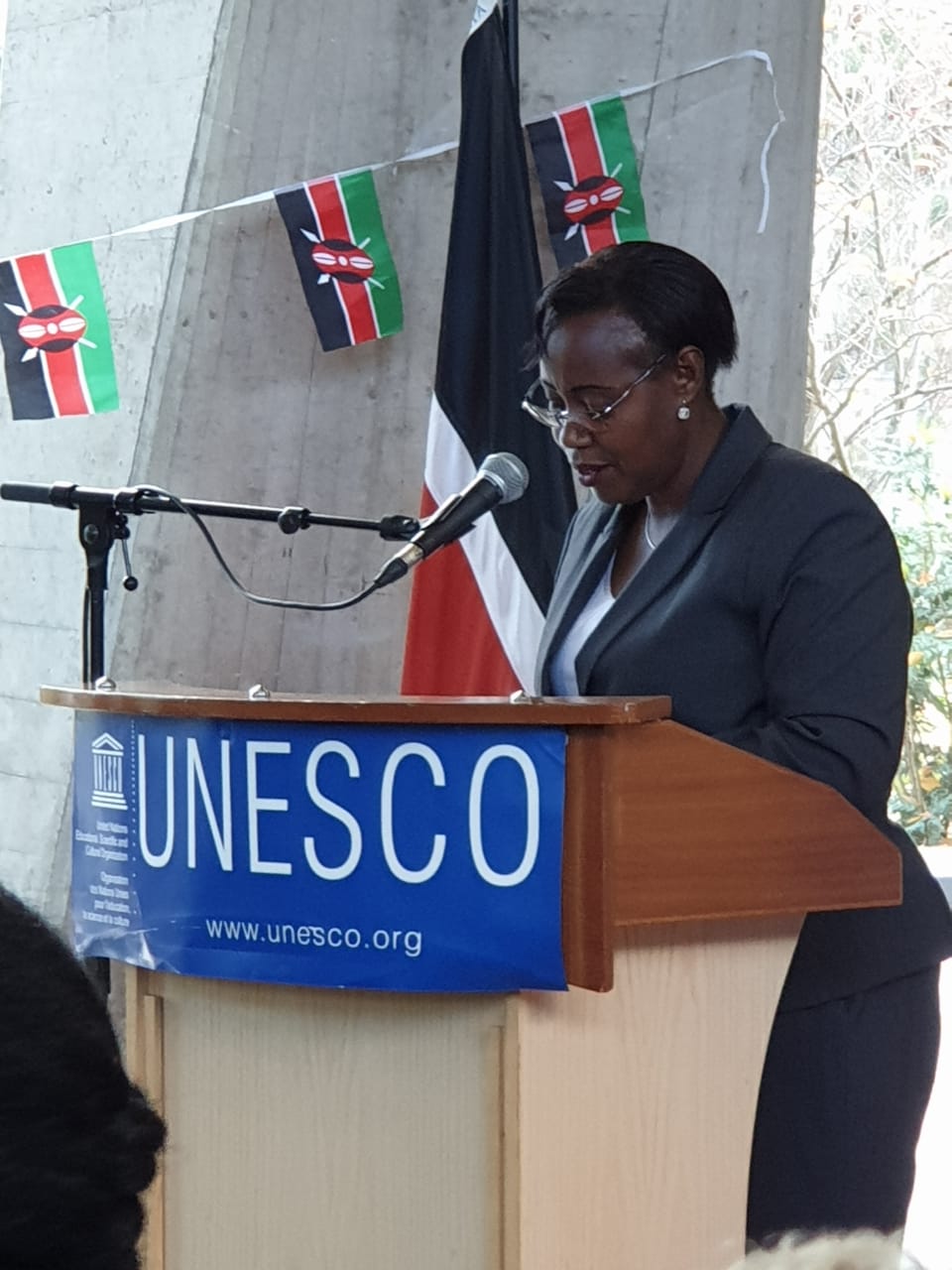 In 2017,Kenya had the best internet connection in the world. How internet helps in your mission to preserve culture ?

EN: Technology is making a huge difference for innovation and for future. Kenya has wanted to be the leader in Africa and also in the world. Actually, there are people in Kenya who have embrassed technology. The governement provided citizens a better internet connection. With the commission of UNESCO, we do want to promote conservation of our historical documents. So that the future generations can see and read about their culture and that’s the positive aspect of innovation and internet. UNESCO is in the lead to promote preservation of culture. Events like this one, cultural weeks or Kenyan weeks or the national celebrations we held in september where we brought all they countries to celebrate our cultures ; that’s the work we are doing. Then our tradition will not get lost or forgotten. It’s important that we could document about it, because when you lose your values and traditional way of life, you lose your identity, as a nation and also as an african people.

DGO: One thing that we have done in Kenya, is to etablish an independant commission, of lands. There is private lands and national lands. This commission is the one mandated to determinate the statue of lands and decide in case of litigation, refering to the registre of lands. Before the commission was separated from the minister, it was easy to manipulate the system. Now, it’s not easy for people to grab. Yes you can grab but at the end of the day, we’ll know and if you are caught, you will directly go to jail.

Kenya is now known for Flip Flop arts. Is the ecology a priority to you ?

EN: We have really understood the ecology challenge. I mean, the importance of preserve the environnement. Kenya has embraced the problem of plastics. Some of the NGO and local institutions started to recycle some materials like flip flop and create many many things from that as arts, decorations. They even made a boat with that, and you can ride on it. 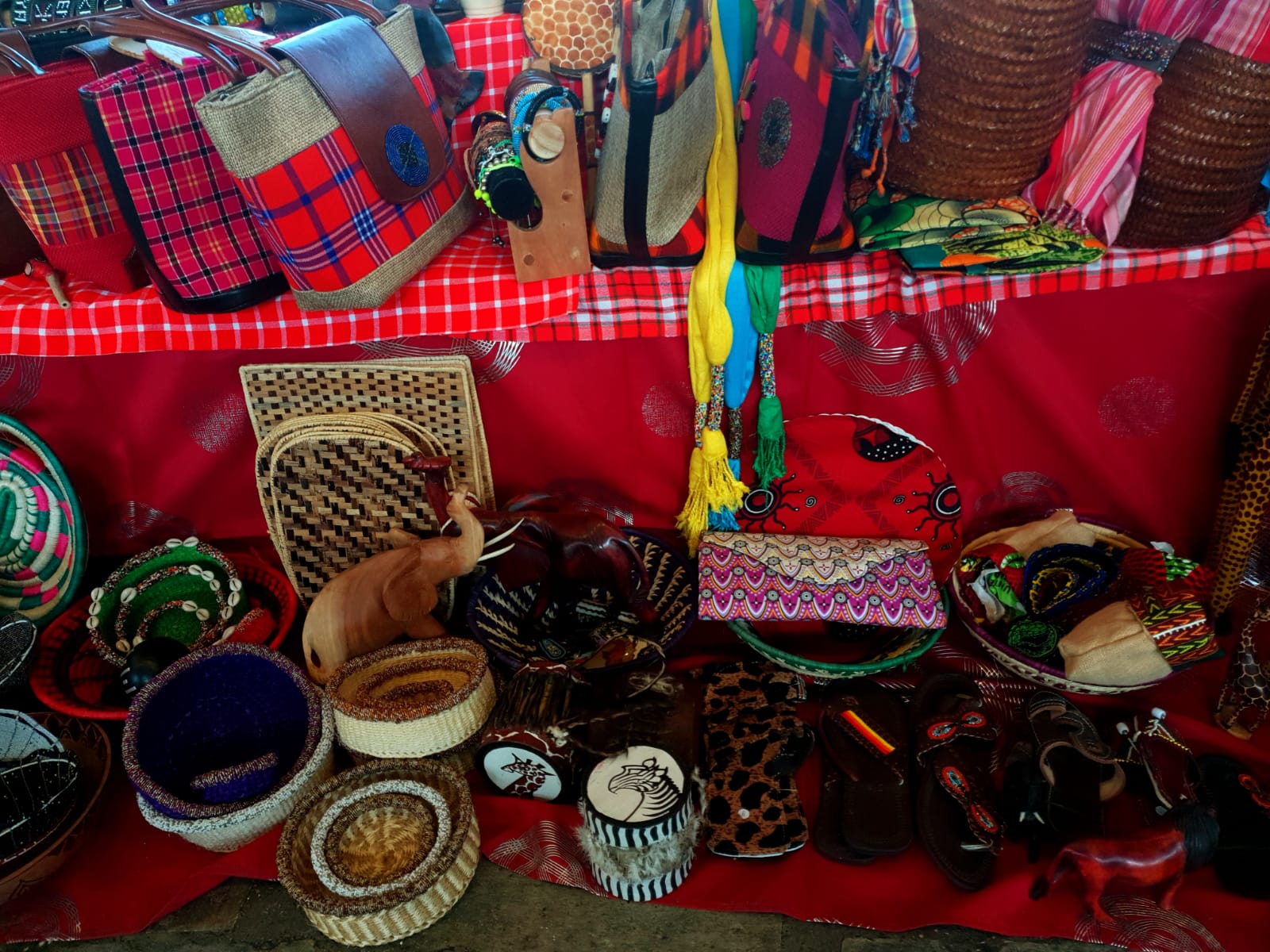 The president announced that Kenya will provide a passport for all africans who wants to set in the country. Is it true ?

If the president sayed that, it’s going to happen. Africa is open to that, indeed, african countries are working together. Of course, beginning with the east Africa where it’s happening now. Kenya promote panafricanisme so you any african is free to set up your business anywhere in one of those countries.

South Africa went through some troubles due to xenophobia. Do you have to face the same in Kenya ?

No. Kenyan gained his independance quiet early and didn’t suffer apartheid as the south african. So, i think South Africa has to face some very unique challenges, for a long time. Probably there is a feeling of african have not benefited much from their ressources, they didn’t had their properly lands either. We, didn’t experienced that.

How white and black people live together?

Very well ! We call out kenyans to forget the past, to pull together and to forgive. Since that time, we are moving forward and work for the development of our country. Some white people still live in Kenya, they have their own lands, all is about integration. Kenya is a very accomodated country.

We keep showcasing shows here every two years just to bring the real kenyan culture to UNESCO. During the former editions, we have screened some kenyan movies. In future we will do it again. We have to tell our own stories of resilience, of peace. We own a lot of material as documentaries about Kenya, places you can visit, branding documentaries of kenyan cultures, dances.