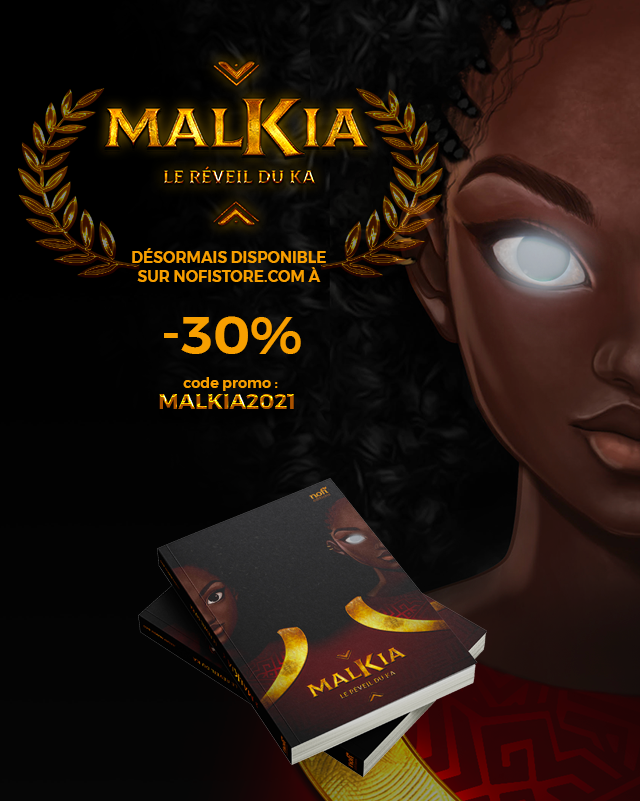 On the Etymology of the Egyptian word Nehesi ‘Nubian’ 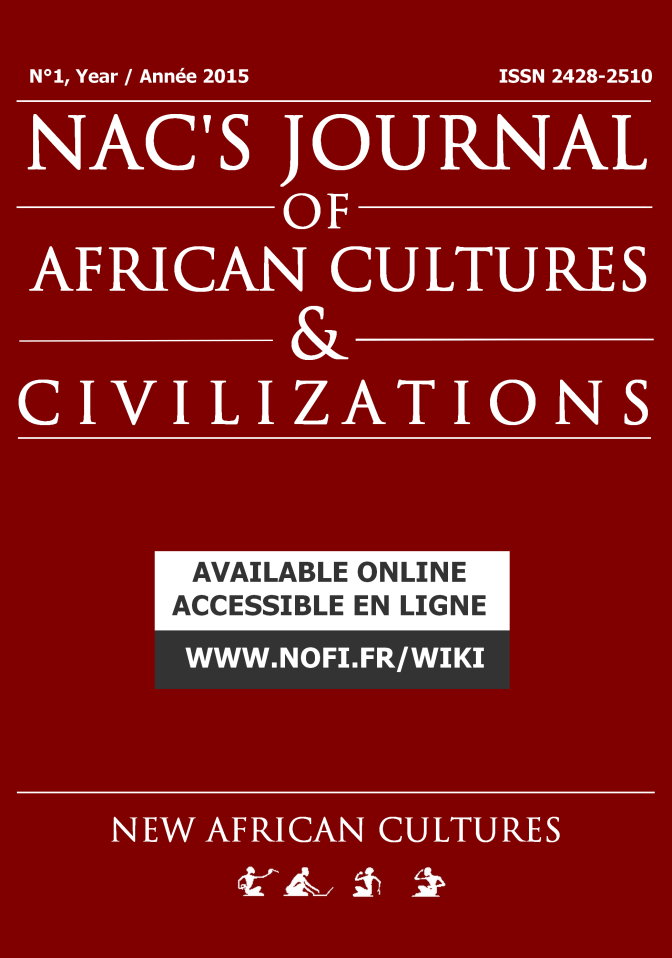 Abstract
Nḥsj(w) was a demonym used by Ancient Egyptians to refer to their southern neighbours for several millenia. Its etymology is often assumed to derive from a root whose meaning referred to Ancient Egyptians’ neighbours’ dark complexion. In this study however, we challenge this assumption and propose that the etymology may have been a reference to one of their cultural characteristics, from an Egyptian standpoint : that of mumbling incantations.

Nḥsj(w) was an ancient Egyptian word used to describe a significant number of different ethnic groups during the Pharaonic era and beyond. While it has been well established as only referring to populations living to the south of Egypt, a convincing etymology for this word has yet to be proposed. The purpose of this work will be, after having made a state of the art about the research on nḥsj(w)’s etymology, to claim that the most likely original meaning of the word would be « those who mumble incantations » rather than one based on ‘race’ or skin complexion.

2. Proposals of etymology for nḥsj(w) : a state of the Art

The word nḥsj(w) has been applied to people from various nations by Egyptians since the Old Kingdom. It is often translated by ‘Nubian’ among Egyptologists. Hence, people from the lands of Ta Seti, Yam, Kush, Punt, Wawat, Medjay, Irtjet, Satjou, Nemy, Miu, etc. have been described as such.

Since all these lands share the characteristic of being located to the south of Egypt, one could expect the etymology of the word to mean ‘southerner’. However, such a etymology has yet to be proposed, either on internal or external grounds. The word could have been an ethnonym borrowed from a foreign language, but there is no evidence to suggest it. Various scholars have claimed it to be associated with the complexion of the nḥsj(w), which would have been darker than that of Egyptians.

Hence, W.F. Albright (1918), attempted to explain the etymology of the word relying on external evidence. Since in Semitic languages,-which are remotely related to Ancient Egyptian- there is a root roughly resembling nḥs, namely *šḥr meaning ‘black’, Albright attempted to claim that Egyptian nḥsj(w) was derived from a –now lost- Egyptian root *nḥs meaning ‘black’. However, while ancient Egyptian s regularly correspond to Semitic š, there is no convincing reason to explain the different position of  ḥ which is located after the *š in Semitic but before the *s in Egyptian. Moreover, the presence of an initial n- exclusive to Egyptian, and the final –r exclusive to Semitic makes the relatedness of the two words very unlikely. Moreover, we will see, there does not seem to have been any objective evidence supporting the claim of dynastic Ancient Egyptians having called their earliest Southern neighbours ‘Blacks’.

Another proposal of external etymology for nḥsj(w)  based on colour complexion is that of S. Yeivin (1930) who claimed that the ancient Egyptian word may have been derived from a –now lost- Egyptian word *nḥs meaning something close to ‘copper coloured’ on the basis of an existing Semitic root *nḥš meaning something close to ‘copper coloured’. Here, the sound laws allow one to valid this etymology. However, from a semantic standpoint, this etymology seems far less convincing to us. Indeed, the color of the copper is precisely the one that was consistently used by Ancient Egyptian men to depict themselves. Of course, the meaning of the word in Egyptian could have been different from ’copper colored’ and simply meaning something like ‘dark-skinned’, but  accepting this etymology would require taking too many unproven assumptions into account.

Also, positing that Egyptians would have called their southern neighbours with a word relative to their darker skin raises a number of issues. Indeed, nḥsj(w)  are first mentioned in the Palermo Stone, in a text relating a victorious campaign against t3 nḥsj, that is the land of the nḥsjw. At this very time, there is no evidence that Ancient Egyptians reached  the area below the 2nd cataract which was inhabited by people from the ‘Nubian C group’ Culture. The absence of physical distinction between Ancient Egyptians and their neighbours in Egyptian art during the Old Kingdom (ca. 2700-2200 BC) seems to discredit the hypothesis of a physical distinction between Ancient Egyptians and nḥsj(w) during this period and the probability of a derivation of nḥsj(w) from a word *nḥs relative to a dark skin color. No evidence uncovered so far allows one to confirm it.

S. T. Smith (2008) claimed that nḥsj(w)  was more likely to have been derived from an Egyptian verb nḥs bite or sting (for an insect) than to have originally meant ‘dark skinned’, relying on internal evidence. The word nḥsj(w) would thus mean ‘those who sting (like insects)’. This would be corroborated by the reputation of nḥsjw as being reputed for their excellent archery skills. Here, both roots would be a perfect match from a morphological and phonological standpoint. To the verb  nḥs would have been added the suffix –j meaning ‘the one who (accomplishes the action described by the verb)’ and another suffix –w expressing plurality.  From a semantic standpoint however, a major issue would be that nḥs ‘sting or bite’ is only used for insects, not arrows nor other weapons. Also, this word only appears in Egyptian texts from the second millenium onwards and may have been an Egyptian innovation posterior to the emergence of the word  nḥsj(w).

In his 2003 book, R.L.P. Etile posited nḥsj(w)  to be derived from a verb nḥs meaning ‘to mumble incantations’. Nḥsj(w)  would thus mean ‘those who mumble incantations’. Like Smith’s, this proposal is apparently a perfect match in regard to the form. A first issue however would be that this root is only recorded in one dictionary, namely that of  E. A. Wallis Budge (1920). No other-especially later- dictionary confirmed it , especially A. Erman & H. Grapow ‘s Wörterbuch der Ägyptischen Sprache which, unlike Budge’s dictionary, is considered  as a reference among Egyptologists. Since later dictionaries did not record nḥs ‘to mumble incantations’, one may either suspect that Budge did not record it properly, or that the text where Budge recorded it has long been lost. Out of scientific scrutiny however, we cannot accept Etile’s proposal as such, since he did not provide any semantic justification for his proposed equation Nḥsj(w) = ‘those who mumble incantations’.

Some elements can however support Etile’s proposal. First of all, relying on internal evidence, Ch. Ehret (2004), posited that some three consonant verbs from Egyptian and related languages were actually verbs with two consonants whose third consonant was actually a suffix. One of these third consonant suffixes, –s, according to him, would express an extended action, as one can see in (1, 2, 3) :

If  Ehret (2004)’s analysis is proven to be correct, one could analyze the verb nḥs as a two-consonant verb *nḥ to which a suffix –s expressing an extension of the action would have been suffixed. This hypothetical verb would thus express a shorter action than that expressed by *nḥs ‘to mumble incantations’. Interestingly enough, an early Egyptian verb nḥj meaning ‘to pray’ is attested in all dictionaries. The existence of Budge’s *nḥs ‘to mumble incantations’would thus be vindicated by Egyptian internal evidence. From an external standpoint, this association seems also to be vindicated since F. Calice (1936) has compared the Budge root to a Semitic root lḥš meaning ‘to adjure, to conjure’. The comparison is perfectly legitimate from the standpoints of both form and meaning. The existence of a similar root in  Semitic may confirm the existence of the Budge root in Egyptian and their connection with nḥsjw.

Regarding the issue of semantic motivation, one may wonder why the Egyptians would have called their southern neighbours ‘those who mumble incantations’. There is ample evidence of Egyptians considering their southern neighbours as reputed magicians. Hence, the 15th century Egyptian king Amenhotep II wrote to his viceroy : « Do not be indulgent with nḥsj ; be careful with its people with its magicians ». More specifically in regard to incantations, ‘Meroitic’ abracadabras are suspected to have been added by Egyptians in the supplementary chapters of the Book of the Dead. However, one must note that southerners were not the only neighbours of Egypt to be feared for their magic and that the first written association of  nḥsjw with magic seems to date from Amenhotep II’s reign, that is more than one millenium after the first written mention of Nḥsjw in Egyptian litterature. At this time, the Nḥsjw mentioned in Amenhotep II’s letter were likely to be very different from the C Group people from King Snefru’s time.

In this short study, we tried to confront various proposals of etymology regarding the Egyptian demonym nḥsjw. While the etymology proposed by Albright (1918) must be rejected from a phonological perspective, the three others seem to be valid in this respect. The issue with Yeivin (1930) ’s proposal would be that there is no evidence of Egyptians having had contact with southerners having  a physical appearance or skin color different from theirs before the beginning of the Middle Kingdom (first part of the 2nd  millenium). Smith (2008)’s hypothesis is also questionable, since the use of the the word he derived nḥsjw from, namely nḥs ‘to sting / bite’ is not attested with humans nor with weapons. Etile (2003)’s proposal, via the additional evidence provided in this paper, seems quite consistent, although an early association of  nḥsjw with magic is not attested to the best of our knowledge. It must, in our opinion, be given priority because evidence of this word having existed in Egyptian can be found, unlike any association of a *nḥs root with darkness. We must however emphasize the fact that we do not consider any of these proposals to be decisive at this point and hope more researchers will bring new elements to this discussion in the future.