Sekhmet, the most feared deity of Ancient Egypt 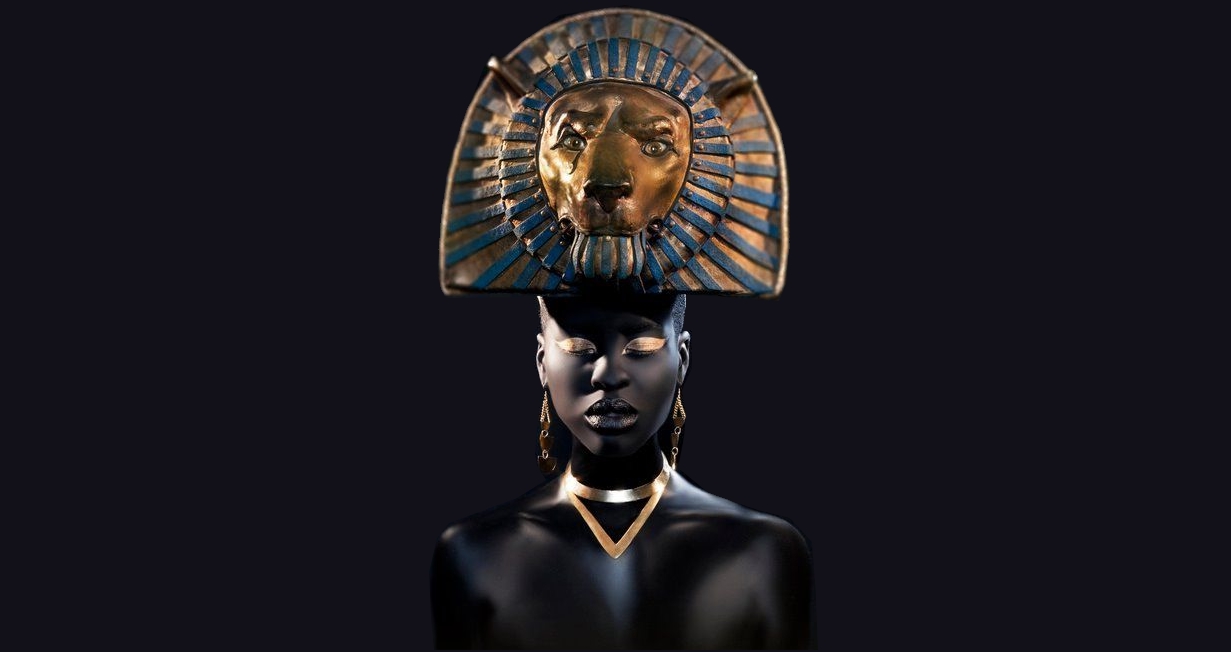 As the deity of war and epidemics, Sekhmet was one of the most feared deities of Ancient Egypt.

Sekhmet is one of the most important ancient Egyptian deities. Egyptian texts and art attest to its presence there from the Old Kingdom period, that is from the third millennium BC onwards. From that time on, she was considered to be closely associated with the pharaoh. She was thus represented as nursing the young king Niuserre or described as having ‘conceived’ the pharaoh Ounas. Sekhmet is depicted in Egyptian art as a woman with the head of a lion. Her head was sometimes capped with a solar disk and an Uraeus, a cobra symbolizing of the protection of the king against his enemies.

A relationship with foreign countries

Sekhmet seems to have had a special connection with the regions west of the Nile Valley. She has thus been described as being the “goddess of the Western Desert” and “the one who commands the Tjehenu”. The Tjehenu are the most ancient so-called ‘Libyan’ populations attested in Egyptian documents. They are depicted there with a dark complexion similar to that of the ancient Egyptians. In a funeral text called the Book of Gates, Horus protects the Egyptians and Nubio-Sudaneses. Sekhmet, on the other hand, is described as protecting the Asiatics and the Tjemehu, the lighter-skinned ‘Libyans’ having succeeded the Tjehenu in the Western Desert.

Sekhmet was associated with war and epidemics.  She was considered as one of the main protectors of royal power. She was invoked to defend the pharaoh against his enemies. From a cosmic point of view, she was considered a protector of the sun during her daily trek in the sky and under the earth. In his boat, the sun, Ra, had to face his underground enemy Apophis. Would the latter win, the sun would not reappear. The equilibrium of the world would then be threatened. To maintain it, deities accompanied Ra in his boat. One of these deities was Sekhmet.

Her other main function was related to disease. The ancient Egyptians considered Sekhmet to be responsible for various ailments and epidemics, especially those that accompanied the return of the flood each year. Sekhmet was therefore extremely feared by the ancient Egyptians who sought to appease her through a number of rituals. In this Sekhmet was considered to be potentially an anti-Maat entity threatening the balance of the world. The connection that the Egyptians made between Sekhmet and medicine was very close. The priests of Sekhmet were considered the quintessential medicine doctors of the country. Their compatriots saw in them the only ones able to appease the fury of the deity which was thus reflected in the disease.

The name of Sekhmet reflects this fear observed towards her. It means ‘the mighty one’.

Sekhmet was considered as the Eye of Ra, or by a pun, the action of Ra. The most famous myth that featuring her is the myth of the destruction of mankind. In it, Ra, the then king of Egypt, discovers a plot elaborated by some of his subjects to overthrow him. Ra sends out his eye in the form of Sekhmet to punish the rebels. But Sekhmet soon escapes Ra’scontrol and continues her massacre of the rebels despite the latter’s wishes. Ra succeeded in preventing her by spilling reddened beer in her path instead of the blood she expected to find. Drunk, Sekhmet stops her massacre of mankind. The country is safe, but Ra, deeply disappointed with the behavior of humans, decides to leave the terrestrial world and take refuge in heaven, to make way for his Prime Minister Thoth.

The myth has several meanings and functions. It illustrates the cycle of the sun in the sky. It is also likely a reference to a ritual involving bloody animal sacrifices. The meat which was then consumed, if expired, could cause disease or epidemics. The latter were considered, as we have seen, as resulting from the wrath of Sekhmet. To avoid this, the priests of Sekhmet emptied the animals victims of sacrifice of their blood in a sanitary practice prefiguring, or even perhaps inspiring, that of the Jewish kosher and the Muslim halal.

Sekhmet also appears in the myth of the distant Goddess. In this one, as in the myth of the Destruction of Mankind, Ra had sent his eye which had not returned. This eye could be embodied by Sekhmet or by other lioness goddess. Ra then sent other deities to come and repatriate the eye, which they succeeded in doing. However, when it returned, the eye realized that it had been replaced by Ra. To appease it, he placed it at his forehead in the form of the uraeus.

Like the myth of the Destruction of Mankind where Sekhmet is drowned and appeased in a pool of beer, the myth of the distant goddess is presumably a reference to the return of the flooding of the Nile. Indispensable to the country’s agriculture, the possibility that it might not return every year was greatly feared by the ancient Egyptians.

Sekhmet and the modern black world

Sekhmet has a number of parallels in the modern black African world.

Sekhmet has a lot in common with a West African deity called Sakpata among the Ewe, Adja and Fon of Togo, Benin and Ghana. During an epidemic caused by Sakpata, for example, one should not spill blood on the ground under penalty of seeing its anger amplify and the epidemic spread. Likewise, a tale relates how Sakpata was prevented by the Supreme Being from continuing to commit his numerous massacres.

There is an equivalent of Sakpata among populations neighboring the Fon, the Yoruba. Sakpata is called Shankpannan there. In the 1980s, Anthony Buckley heard from a Yoruba traditionalist in Nigeria called Fatoogun:

Yes, [Shankpannan] does good as well as evil. Each spirit can help people in its own way. [Shankpannan] is also the owner of the sun and we all know that the sun is good for us. It is also he who is responsible for the movements of the sun in the sky like a canoe.

When [Shankpannan] comes into the world, he is accompanied by Eburu, also called woroko (a type of spirits). These are the things that cause the bad wind. When that bad wind blows on anyone, it will turn into smallpox. Shankpannan uses a type of arrow called Ofa Shankpannan. When it shoots an arrow in the air, smallpox will hit the person, tree or animal, no matter what the wind from the arrow hits. Woroko comes out of the arrow in the form of a wind.

These passages suggest an interesting parallel with Sekhmet, her ambivalence, the fact that she is associated with the sun, that she protects it, and above all that she is responsible for her movements in a boat in the sky, just like Sekhmet in the boat of Ra.

Also, it is interesting to note that Shankpannan like Sekhmet shoot arrows to reach their victims of diseases. Among the Yoruba, spirits emerge from the arrow. In ancient Egypt, the word used to use Sekhmet’s arrows is the same as that for his demons.

The word Sekhmet, as has been said, means the ‘powerful one’. sḫm means ‘powerful’ and the suffix -t marks the feminine in Ancient Egyptian. In Black Africa, the word sḫm has parallels in languages ​​spoken by black Africans such as Kikongo sik-am-a ‘to be strong’ or Swahili and Kinyarwanda sukuma ‘to push, incite, give courage’.

From a constructive linguistic perspective, in Swahili, the future Pan-African language, sukuma could be mobilized to signify specific or figurative references to Sekhmet and to what she embodies. Sekhmet was a fighting female entity and the word msukumi (wa kike) ‘pushing, encouraging’ could be used to refer to women, who like Sekhmet are combative or warlike.

Regarding the deity Sekhmet in its primary acception, msukumizi could be used to designate it with the meaning of the one who blames, who causes the disease. Likewise, kisukumi refers to a woman suffering from a pimple on her private parts which can cost the lives of several of her successive husbands, which could correspond to the epidemic nature of the afflictions caused by Sekhmet, her feminine aspect as a plus.