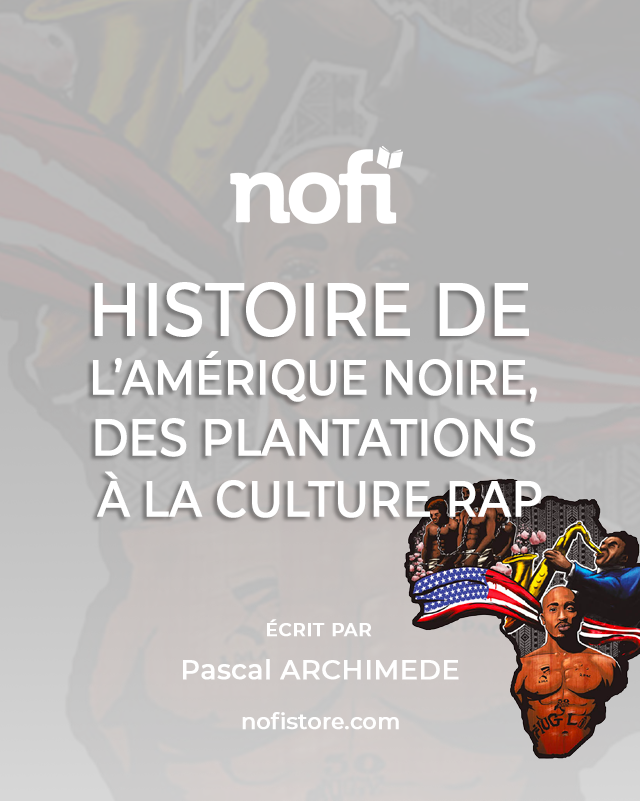 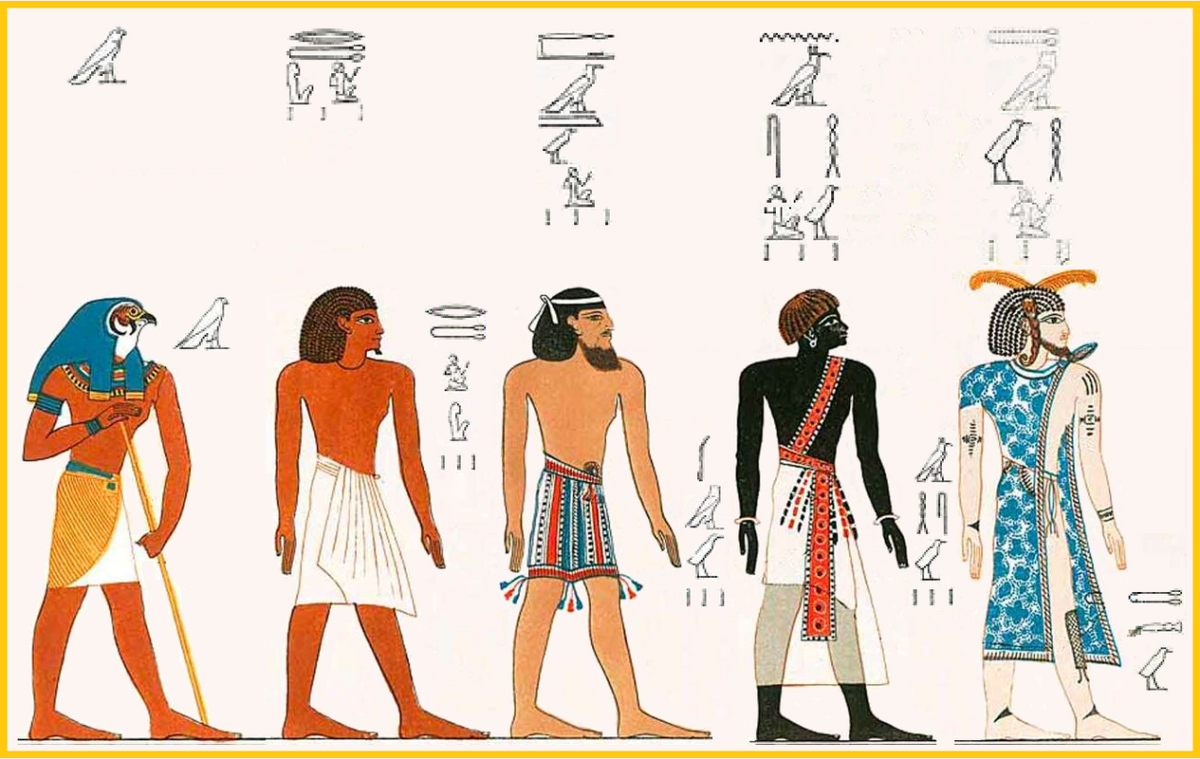 The Book of Gates and the Book of the Night are Ancient Egyptian funerary texts. They are first attested during the New Kingdom period. These two texts, which can be found in several versions in different sites deal with the fate, in the afterlife, of Egyptians and foreign populations.

The Book of Gates and the Book of the Night are Ancient Egyptian funerary texts. They are first attested during the New Kingdom period. These two texts, which can be found in several versions in different sites deal with the fate, in the afterlife, of Egyptians and foreign populations.

I deal with these texts here in order to study what can be considered as mentions of ‘Reds’ and ‘Blacks’ on a macro-social scale, that is on the level of entire populations, as opposed to a small group of people.

The Book of Gates

The 30th scene of the Book of the Gates

The portion of the text that interests us here is that of the 30th scene of the Book of the Gates. There, the god Horus speaks to what he calls ‘the flock of Ra’ ‘wt r’w; the rmṯ (Egyptians), ʿ3mw (Asiatics), nḥsjw (Nubio-Sudanese) and ṯmḥw (Libyans).

While Etilé (2003) translates kmt and dšrt as ‘Egypt’ and ‘foreign lands’, including Nubia and Sudan in the latter, Y.Y.T alTakruri (2005, 2009, personal communication) points out that dšrt is written there unusually with the determinative of the city, as is kmt; that the use of these terms in the underworld means that it is probably not a reference to the earth and the desert; and subsequent more specific mentions of resurrected populations suggest that kmt and dšrt are references to populations.

Since the rmṯ (Egyptians) and nḥsjw were mostly inhabitants of the Nile valley characterized by its black silt, and the ʿ3mw (Asiatics) and ṯmḥw were inhabitants of the desert characterized by its ‘red’ color; that the rmṯ and nḥsjw were depicted as being darker than ʿ3mw and ṯmḥw, alTakruri concludes that kmt (njwt) and dšrt (njwt) referred to black (dark-skinned) communities and red (light-skinned) communities in a macrosocial perspective.

The connection between Egyptians and Nubians on one hand and of Asiatics and Libyans on the other is supported by the association of the two former with the god Horus and the latter two with the goddess Sekhmet. alTakruri’s hypothesis is supported by the fact that the translation of an author like Hornung seeking to translate kmt (njwt) and dšrt (njwt) as a distinction between arable land and desert is not explicit in the text.

A major difference between the two versions is that in the Book of the Night, some populations are presented as needing to be punished. Those are the nḥsjw, which are yet protected by Horus in the Book of the Gates, the mḏ3jw, the nomadic Medjay of the eastern desert in southern Egypt, who are absent from the Book of the Gates, as well as the ʿ3mw and the ṯmḥw of whom it is said ntṯn sbjw jrjw wt zp 2 r jt.j wsjr “You are rebels, you who bound my father Osiris”.

Again, it can hardly be due to a mention of physical territories in the Duat but more likely of communities. Roulin (1996: 218) translated rmṯw dšrt and rmṯw kmt as ‘dwellers of the desert’ and as ‘dwellers of the arable lands’ and defined them as the “two categories of Egyptians”. Following alTakruri’s analysis of the cuse of the determinative of dšrt, we should therefore translate rmṯw dšrt and rmṯw kmt as ‘men of the red community’ and ‘men of the black community’.

Another argument can be added to this hypothesis of an association between the color of the men mentioned, and not (just) that of the color of the land where they reside. This is a spelling in the tomb of Ramses VI where rmṯw dšrt is written as such and where we find rmṯ km without the mark of the feminine -t or any determinative.

Literally, rmṯ km should be translated as ‘black men’. It is however a hapax, which makes this spelling a non-decisive argument in the interpretation of kmt and dšrt as references to the skin color of their inhabitants. However, the choice of the determinative of dšrt, the sign 049, must have had a particular meaning for the ancient Egyptians in these funerary texts.

If the translation of dšrt and kmt accounts for the color of its representatives, it is more likely that rmṯw dšrt and rmṯw kmt refer to ethnic groups by including others than Egyptians, although the canonical representatives of these two populations look like Egyptians.

This interpretation would bring the text closer to that of the Book of the Gates where the resurrection is not only granted to Ancient Egyptians.

In this work, I believe to have provided solutions to several debated questions in Egyptology. The first concerns the etymology of the name of Egypt Kmt, which while is widely recognized as meaning (the) Black (One) has been questioned by some African authors.

The second concerns the use of the qualifiers black and red to refer to the color of the skin and the soil of the dwelling places of the Egyptian, Nubio-Sudanese populations of the Nile Valley on one side and the Asiatics and Libyans of the desert on the other.

For the 21st century reader unfamiliar with African realities, it may come as a surprise that populations refer to themselves and others on a large scale as ‘Blacks’ or ‘Reds’ in reference to their skin colors. This type of designation seems a priori to be the prerogative of modern populations and their use of ethno-racial categories. However, African traditions are full of oppositions between Blacks and Reds on a large scale, or macro-social scale. Among the Batammaliba of northern Benin, for example, Blier (1987: 48) explains:

« One day at dusk, just as day and night were meeting, Kuiye hatched our ancestors. Kuiye began with two men, twins. In making these humans, Kuiye moistened two balls of earth and formed them, of his own body and used the blood that flowed to make the first twin, the black [i.e., older brother]. Then Kuiye made a cut on the other side with that blood and make the second twin, the « red » [i.e. younger brother]. 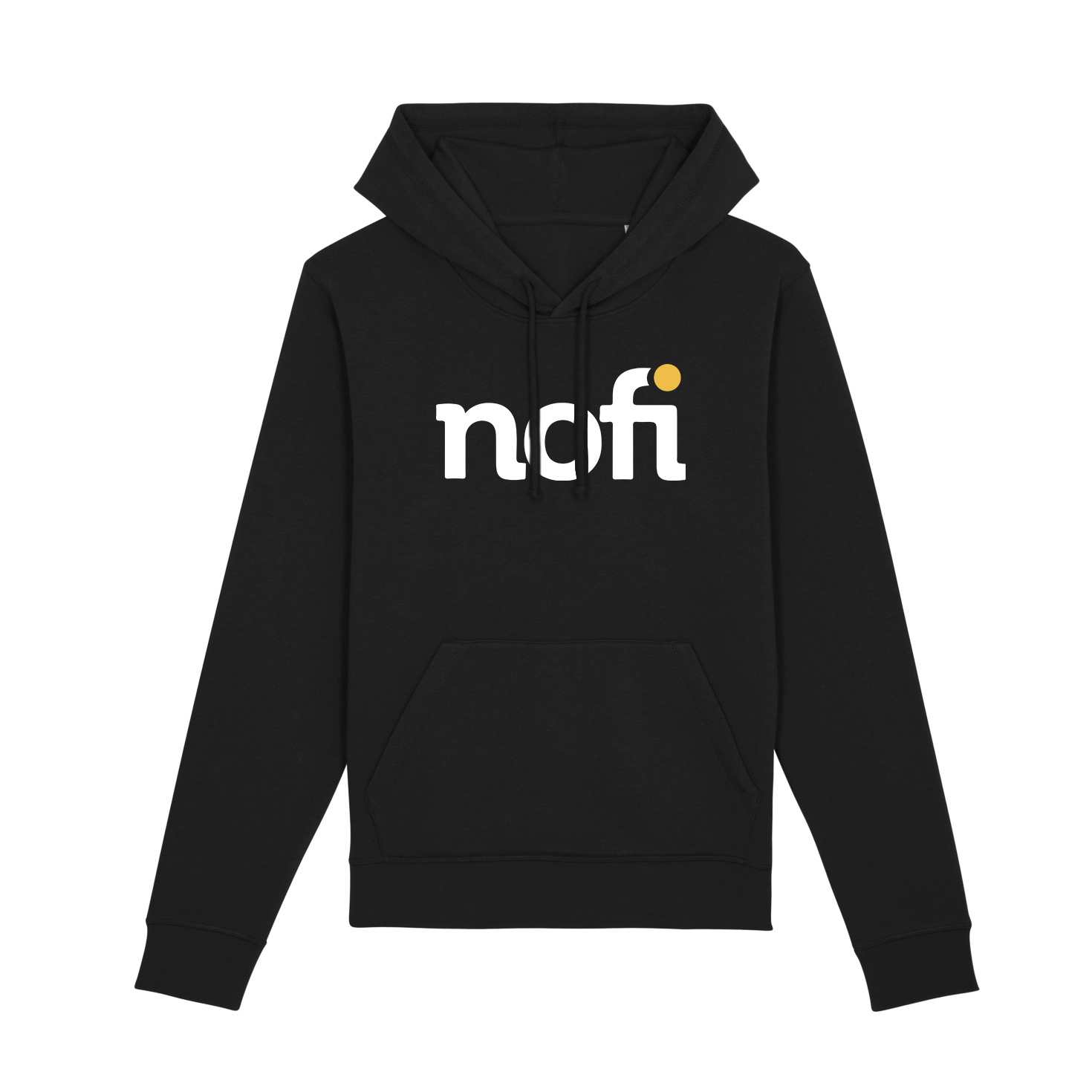